Our general neurology group practice provides comprehensive care for a wide variety of neurological conditions. As neurologists, our physicians diagnose and treat disorders of the nervous system. This includes diseases of the brain, spinal cord, nerves, and muscles. Some common problems that a neurologist will diagnose and treat are strokes, epilepsy (seizures), headaches, dementias (Alzheimer's disease), multiple sclerosis, Parkinson's disease, and various forms of pain. Neurologists may serve as consultants to other physicians as well as provide long-term care to patients with chronic neurological disorders

Please contact us with any questions or for an appointment. 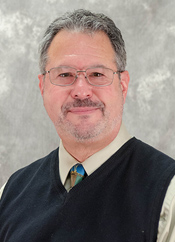 Dr. Gerald Ferencz was awarded his B.A. in Biology/History at Franklin & Marshall College in Lancaster, Pennsylvania. He received his M.D. in 1980 at the Medical College of Pennsylvania in Philadelphia and served his internship at Monmouth Medical Center in Long Branch, New Jersey. Dr. Ferencz also served his residency in Internal Medicine at Monmouth Medical Center, acting as Chief Resident his final year. He completed his residency in Neurology at the University of Arizona in Tucson in 1986.

Shore Neurology was honored to have Dr. Ferencz listed as a Top Doctor in Toms River in 2016. 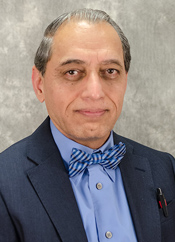 Dr. Pandurang Miskin received his pre-med degree and his M.D. from Karnatak University in India, graduating in 1975.

He served one year as rotating intern in India and two years in Internal Medicine and Psychiatry at Monmouth Medical Center in Long Branch, New Jersey.

Dr. Miskin is in private practice since 1986. He is a member of the American Academy of Neurology. He holds privileges at Community Medical Center in Toms River, New Jersey. 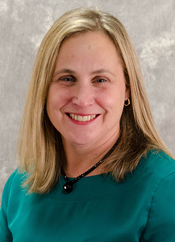 She is board certified in Neurology by the American Board of Psychiatry and Neurology.

Dr. Escandon continues to have an interest in peripheral neuropathy and neuromuscular disorders but also sees general neurology patients including patients with Multiple Sclerosis, Dementia, and Epilepsy.

Through years of clinical experience taking care of a large number of headache patients and with additional study, she obtained Board Certification in Headache Medicine by the United Council for Neurologic Subspecialties in 2014. 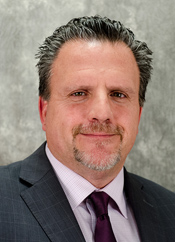 Dr. Rocco J. DiPaola received his B.S. with honors in Biology at Cook College – Rutgers in New Brunswick, New Jersey. He was awarded his M.D. at UMDNJ – The New Jersey Medical School in Newark, New Jersey in May 1991. He served his internship in Internal Medicine at Monmouth Medical Center in Long Branch, New Jersey. He completed his residency at Loyola University Medical Center, serving as Chief Resident his final year, 1992-1995. Dr. DiPaola completed a Fellowship in general Neurology at the Mayo Clinic in Jacksonville, Florida. He also completed fellowship training in movement disorders at Robert Wood Johnson in New Brunswick, New Jersey.

Dr. DiPaola specializes in the treatment of Movement Disorders such as Parkinson’s disease, tremor disorders, dystonia, and gait disorders. He is trained in Deep Brain Stimulation for Parkinson’s disease and tremor. He is proficient in the use of Botox® for various Neurological conditions. 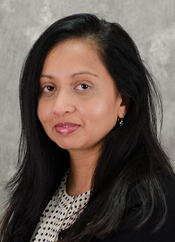 Dr. Darshana P. Amin was awarded a B.S. in Biology-Psychology by Tufts University in 2000. She received her D.O. at the University Of New England College Of Osteopathic Medicine in 2004. She served her residency in Neurology at the University of Massachusetts Medical School from 2005-2008, acting as Chief Resident in her final year. She was awarded membership to the National Medical Honor Society: Alpha Omega Alpha in 2008. She completed her Fellowship in Sleep Medicine at Saint Vincent Hospital in Massachusetts in 2009. 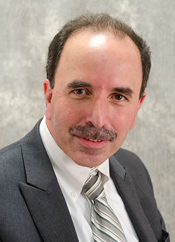 He was a practicing neurosurgeon at Community Medical Center from 1993-2010. He received his board certification as a Diplomat of the American Board of Neurological Surgery in November 1998. He received his subspecialty certificate in Neurocritical Care from the United Council for Neurological Subspecialties in December 2011. He has been a member of the National Medical Honor Society: Alpha Omega Alpha since 1986. He is also a member of the American Association of Neurological Surgeons and the Neurocritical Care Society. 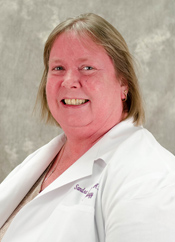 Sandra’s medical career began at the age of 18 when she joined the US Army and spent over three years at Walter Reed Institute of Research as a research lab technician. She then worked in various positions including phlebotomist, patient care technician and as an educator at Ocean County College.

Sandra began her nursing education at Ocean County College earning her Associate’s of Applied Science in Nursing degree in May 2005. She then completed her Bachelor’s of Science in Nursing (BSN) degree at Kean University, graduating cum laude in January 2009. She was inducted into Lambda Alpha Sigma in May 2009. Sandra continued her studies and earned her Master’s of Science degree in Nursing from Kean University in May 2010. That same month, she was inducted into Sigma Theta Tau International, an honor society of nursing. Sandra continued her education and obtained her certificate in Advanced Practice Nurse in May 2012. She is board certified as an Adult Nurse Practitioner by the American Nurses Credentialing Center, a subsidiary of the American Nurses Association.